Register to watch our Webinar here.


Gastroesophageal reflux disease, also known as GERD or acid reflux, is a painful condition in which stomach acid or bile creeps up from the stomach into the esophagus. It causes an uncomfortable burning sensation in the chest area—heartburn—and can lead to esophageal ulcers and a condition known as Barrett’s esophagus, which can increase the risk of esophageal cancer. 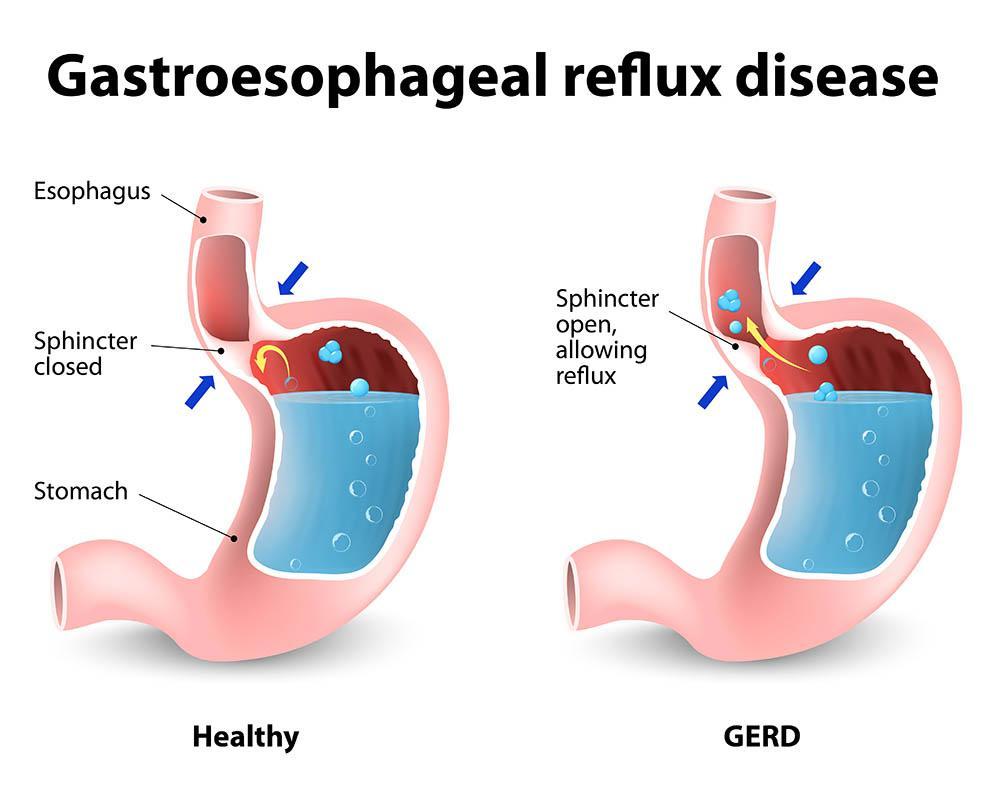 GERD is often treated with medication, but there are a number of drawbacks and side effects from commonly used GERD treatments. GERD surgery can be a long-term solution that most patients tolerate well.

The main symptom of GERD is chronic heartburn. The lining of the stomach provides protection against strong stomach acid, but the esophagus has no such protection.

Heartburn is usually experienced as a burning sensation in the middle of the chest, beneath the sternum; that’s why it’s called “heartburn.” It sometimes creeps up the throat. The pain can be especially bad while lying down.

People with heartburn report that lying or sleeping on their left side or in an elevated position can temporarily reduce the pain. The burning sensation is often accompanied by a sour taste in the mouth.

Other symptoms can include vomiting or difficulty swallowing.

GERD occurs when stomach acid or stomach contents back up into the esophagus. The digestive tract is supposed to be a one-way route: Food enters the mouth, slides down the esophagus and into the stomach, where it is passed to the intestines and, eventually, leaves the body as waste through the anus. 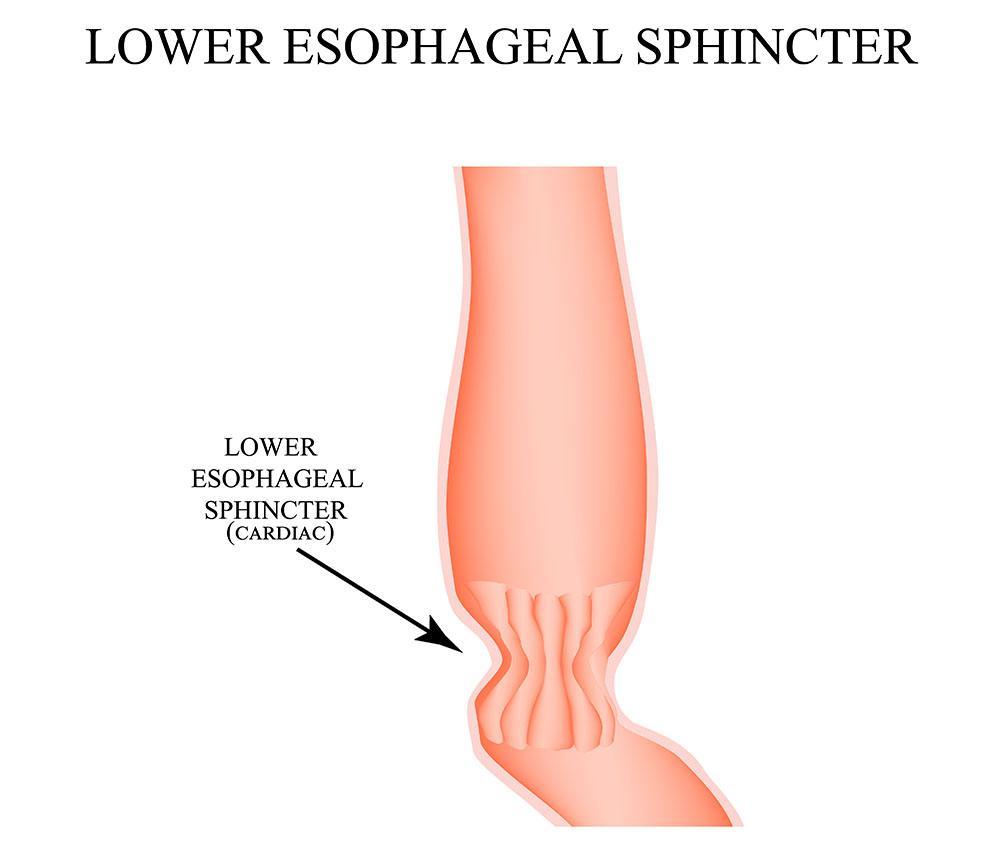 Factors that increase the risk of developing GERD include:

Some common triggers of GERD include:

GERD surgery is a safe and well-tolerated treatment method. The most common type of GERD surgery is known as Nissen fundoplication. It is a laparoscopic procedure, meaning the incisions and tools used are very small, and surgeons see into the abdominal cavity with the aid of a camera called a laparoscope that is attached to a video monitor.

Nissen fundoplication involves wrapping the LES with a portion of the patient’s stomach. The top part of the stomach (the fundus) is wrapped 360 degrees around the bottom of the esophagus, reinforcing the LES and reducing the likelihood of the stomach contents backing up.

One of the most common causes of GERD is a hiatal hernia. A hiatal hernia occurs when the upper portion of the stomach is pushed through an opening in the diaphragm.

The diaphragm is a large muscle that separates the chest and abdomen and is integral for breathing. A small opening called the hiatus allows the esophagus to pass through the diaphragm on its way to the stomach.

A hiatal hernia can cause food to back up into the esophagus and cause heartburn. Repairing a hiatal hernia surgically can bring relief from GERD and heartburn. Surgery may entail some combination of: 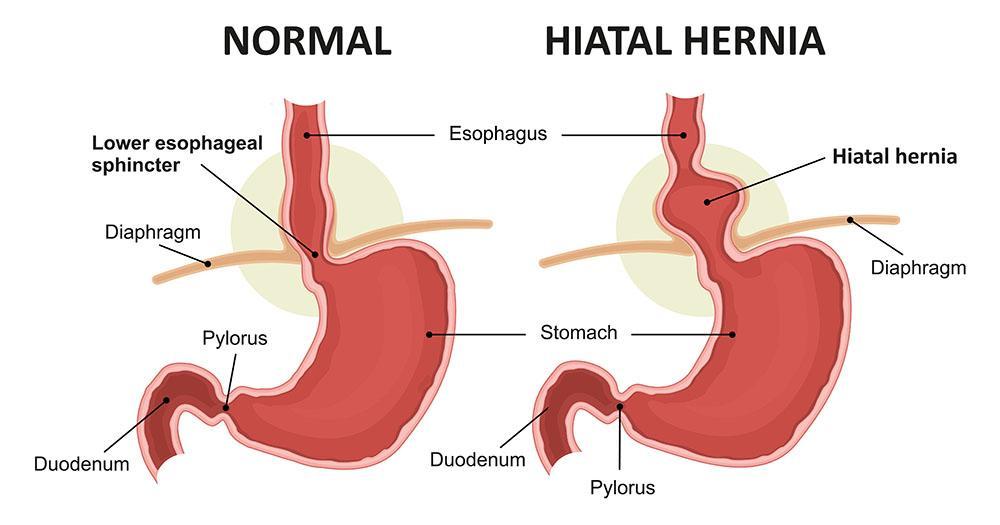 Surgery is rarely a first option for people living with GERD. Lifestyle changes and medication are more commonly used as first-line treatments. Lifestyle changes such as losing weight and quitting smoking are good choices. People with GERD should also keep a food diary to try to identify—and then avoid—foods that trigger their symptoms.

Medication for GERD includes medicines that reduce the amount of stomach acid produced, such as histamine blockers and proton pump inhibitors (PPIs). PPIs are generally acknowledged to be more effective than histamine blockers, but they carry unattractive side effects and risks.

PPIs are possibly associated with increased risk of:

If you want to avoid the chance of any of these risks, look into GERD surgery. Request an appointment with Advanced Surgeons. We can tell you if you’re a suitable candidate for surgery, and we’ll be with you every step of the way, from initial consultation to recovery and beyond.